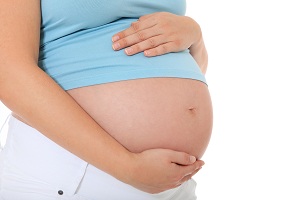 In the presence of a particular antiviral protein, the Zika virus causes the destruction of fetal cells resulting in miscarriage. This is revealed by a study by the Howard Hughes Medical Institute. The protein - a receptor involved in the signals of the immune system - is a probable cause of miscarriage and other complications. The discovery could also have repercussions on those who suffer from autoimmune diseases and can not have a child.

The Zika virus is linked to both birth defects and fetal death. The researchers analyzed the role of signaling proteins called interferons. Interferons are among the most potent antiviral factors in the human body. When the body detects a virus, the cells release interferons that stimulate the immune response. It was already known that adult guinea pigs without interferon-alpha and interferon-beta receptors are more susceptible to Zika virus.

Dr. Iwasi's team analyzed how interferons interact with the Zika virus during pregnancy. Pregnant guinea pigs without the receptor and infected have given birth to infected fetuses. In the guinea pigs, however, there was a higher rate of spontaneous abortions. The cause would have been a mix of structural and molecular changes, which would have led to a deficiency of blood vessels in the placenta.

According to Iwasaki, the interferon receptor could push the body to kill the fetus in response to the alarm signal. It follows that interferon, together with the ability of the fetus to respond to certain infections, could be the cause of some complications even in humans. A similar response to that with the Zika virus would also be present in cases of toxoplasmosis, herpes and lupus.