Can fever in pregnancy increase the risk of malformations? 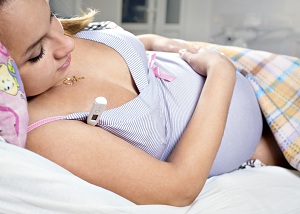 It is thought that high fever in the first trimester of pregnancy may cause serious birth defects in the child. Dr. Sass's team checked this link, focusing on the cases of Danish mothers and children.

Fever is a typical reaction of the body to ongoing infections. The organism increases the temperature in order to eliminate invading bacteria. However, it can also cause the destruction of some cell membranes and damage the placenta in a more or less serious way. In some cases this causes congenital malformations to arise in the child.

The Danish research team studied data from 77,344 pregnant women, some of whom were affected by fever during pregnancy. They focused in particular on the episodes occurred in the first quarter. They then examined whether there were cases of malformations in the first three and a half years of a child's life.

Fever in pregnancy does not seem to be related to major malformations. On the other hand, it is possible that the most serious malformations are not found in the data, since they were concluded with a spontaneous abortion.