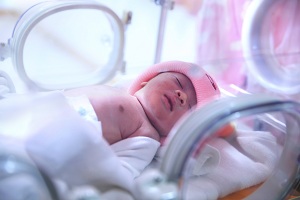 Erythropoietin or EPO is an anti-anemia drug also used on premature babies. It helps to protect and repair their little brains, even if the how remains a mystery. A mystery that the team of Dr. An Massaro has partly unveiled. It seems that the drug acts on some genes responsible for nervous development and regulating inflammation.

During the third trimester, the fetal brain grows very importantly. So when a baby is born weeks before the term, his brain is not yet fully developed. The EPO protects and repairs the neurons of these small brains, supporting the last stages of brain development.

The team analyzed the DNA of 18 newborns born between 24th and 27th week. The material was collected 24 hours after delivery and 14 days later. The 11 children treated with erythropoietin had different DNA methylation profiles and, consequently, a different gene expression. The difference was evident particularly in genes linked to the regulation of inflammation, hypoxia and oxidative stress.

DNA analysis has unveiled 240 methylated regions and 50 genes possibly influenced by the drug. A second analysis narrowed the field to 5 genes, essential for normal brain development. These include a transcription factor that regulates neurogenesis and an essential gene to generate new brain cells.

The discovery gives a possible explanation for the positive effects of erythropoietin. These could be mediated by the epigenetic regulation of genes involved in the development of the nervous system. Furthermore, genes may play a primary role in the way the body responds to inflammation and hypoxia.