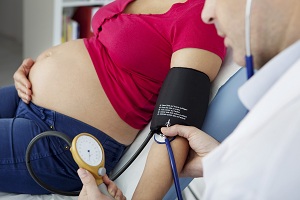 Prenatal exposure to high levels of fine dust is associated with an increased risk of high blood pressure. This was revealed by a study by Johns Hopkins University, which examined data from 1293 mother-child pairs. The most exposed children to smog in utero had 61% more chance of suffering from high blood pressure. The most affected were newborns born prematurely or underweight.

The nefarious effects of pollution on the fetus were already known. It is known that fine powders act on fetal development and weight of the child. However, the association between smog and high blood pressure is new. For the first time it is shown that breathing polluted air during pregnancy damages the cardiovascular health of the fetus.

Data on mothers and children were collected between 1998 and 2012. Doctors first collected data on the concentration of fine particles in places frequented by pregnant women. As for follow-up, they measured the pressure of children aged 3 and 9. Combining data, it emerged that children's pressure and pollution were proportional. The more fine powders there were in the area frequented by the mother, the greater the risk of high blood pressure for the child.

According to the study, the most significant consequences were recorded with exposure during the third quarter. In this period the fetus acquires a good part of its weight, an element that could also influence the pressure. If this data were confirmed, new criteria could be developed for the early diagnosis of hypertension. To have a clearer picture, however, it would have been useful to acquire data on the pressure of children in the adolescent period.