Tdap in pregnancy reduces the rate of infant pertussis 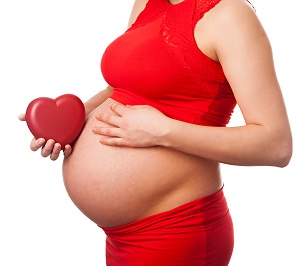 A study led by Professor Sylvia Becker-Dreps shows how the Tdap vaccine during pregnancy reduces the risk of pertussis in infants. According to the teacher, the vaccine protects the baby for over 18 months after giving birth.

Pertussis is a serious respiratory infection that can also lead to death in newborns. In the United States, there has been an increase in cases since 2000. For this reason, doctors recommend to inoculate the vaccine at 2, 4 and 6 months. In 2013, the Centers for Disease Prevention and Control began recommending the Tdap vaccine during pregnancy.

The Tdap protects against tetanus, diphtheria and whooping cough. If inoculated during pregnancy, maternal antibodies cross the placenta and protect the fetus even after delivery. The recommendation was based however on immunological data. For this reason, Professor Becker-Dreps conducted a clinical trial that confirmed the efficacy of the vaccine.

The study analyzed more than 675,000 pregnancies in the United States, conducted between 2010 and 2014. The researchers compared the data of women who received the Tdap and those of hospitalized newborns. From what emerged, the inoculated vaccine during pregnancy protects the fetus for at least 6 months after delivery. At this point the child is big enough to receive the vaccine directly.

Among children exposed to the vaccine, there was a 75% reduction in the number of hospitalizations and 46% of pertussis cases. The rate of effectiveness was high in cases of vaccinations performed at the end of the third quarter. Instead, it was revealed null in how many had performed the vaccine in the first trimester. The best time to get vaccinated would therefore be between the 27th and the 36th week of gestation.