Why do we have strange dreams during pregnancy? 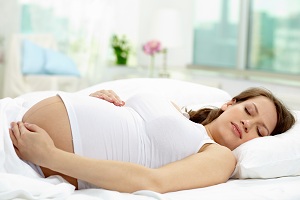 Dreams always have a logic of their own. Yet in pregnancy they seem to be even more bizarre and disturbing. The phenomenon seems all but isolated and could have a solid scientific basis. He examined them more than one study, making surprising discoveries about how dreams work during pregnancy.

The REM phase takes up about 25% of the sleep time and returns several times during the night. It is the moment when one dreams and the brain puts order among the experiences lived during the day. When you wake up during the REM phase, it is easier to remember that dreams were also being made in a clear way.

Disturbed sleep is one of the most common ailments in pregnancy. One of the causes lies in the high levels of progesterone, to which are added discomforts related to the weight of the baby bump and to stress. Since you wake up much more at night, it is also easier to wake up during the REM phase. This explains at least in part why pregnant women remember dreams made more easily and better.

Expectant women also complain of a greater frequency of bad dreams, many of them with childbirth. A study published in the journal BMC Pregnancy and Childbirth analyzed the questionnaires of 406 pregnant women aged 17 to 44. Women reported about twice as many nightmares than non-pregnant women, often related to the baby they wore.

The cause is above all psychological. Gestation is a period of high stress, which often results in an increase in bad dreams.