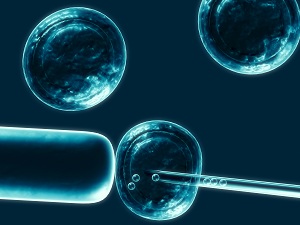 A study published in the journal Developmental Cell analyzes the role of sperm in pregnancy success. Dr. Colin C. Conine's team studied how micro RNA molecules affect sperm function. According to the study, these molecules are essential for embryonic development and determine the success of an implant in IVF.

The researchers studied the spermatozoa of a group of guinea pigs and the so obtained embryos. Spermatozoa taken directly from the testes had a wide variety of RNA molecules, all with abnormal regulation. They then used them to create embryos, which they implanted in some female guinea pigs. The embryos did not take hold and the pregnancies failed.

To overcome the problem of abnormal sperm, scientists injected micro RNA molecules into embryos. The embryos so treated managed to take root and the pregnancies went ahead. This means that the problem can be corrected and that the micro RNA plays an essential role in the success of the IVF.

As other studies had suggested, the health of sperm affects the successful outcome of pregnancy. An unhealthy lifestyle and exposure to toxic substances can lower the quality of the sperm. Spermatozoa that are not active or lacking in micro RNA molecules can therefore make the success of pregnancy impossible.

The next step will be to study the role of micro RNA also in embryonic development. What researchers will discover will help improve current in vitro fertilization techniques. In particular it will allow to understand the differences between testicular sperm and ejaculate sperm.