Stress in pregnancy increases the risk of mood disorders 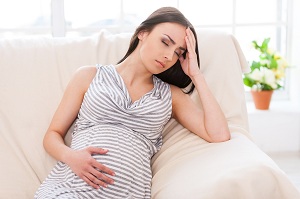 High levels of cortisol in pregnancy are related to a more anxious offspring and prone to depressive disorders. A study published in Biological Psychiatry analyzed the consequences of stress on a group of expectant mothers. High levels of cortisol would reinforce the communication channels between brain regions for the processing of feelings and sensations. The most obvious consequences were on the offspring of females, while the male ones did not show any consequences.

Doctors Alice Graham and Claudia Buss measured cortisol levels in 70 pregnant women. To have more reliable data, they repeated the operation several times during the first, second and third quarter. Furthermore, they took into account typical variations of pregnancy. Once babies were born, they immediately used magnetic resonance imaging to analyze neural connections. They repeated the analyzes after 2 years, analyzing their behavior.

High levels of cortisol were related to alterations in the brains of newborns. The young have shown consequences in the development of different brain regions and in the way they communicate with each other. The altered connectivity involved regions related to the processing of emotion, the amygdala. According to the study, the newborns showing these alterations were the same that 2 years later would show anxious and depressive symptoms.

The study is yet another proof of how maternal health affects the child's future conditions. Specifically, it shows that the predisposition to mental illness develops in the womb. In the case of cortisol, however, the consequences have only affected the brain activity of the girls.