A technique is born to gather the strongest spermatozoa 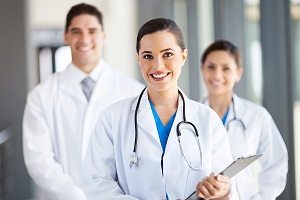 Cornell University scientists have developed a method to gather only the strongest spermatozoa. The technique promises to accelerate in vitro fertilization (IVF) and increase the chances of success.

There are already techniques to recognize and separate the most vigorous spermatozoa. Unfortunately, they require hours and are not always effective, with negative consequences on the final outcome. For this reason, researchers have developed an alternative technique that increases the likelihood of success of IVF. The main instrument is a microfluid, which groups the spermatozoa in a very short time and with minimal effort.

An indication of the sperm motility level is their ability to swim against the current. The authors of the study then developed a microfluid in which to make the sperms swim. They added a microscopic C-shaped enclosure and used it to group the best swimmers. The new process takes about 5 minutes, compared to the hours of the traditional process. It is also almost entirely passive and requires minimal commitment, giving excellent results.

The technique is born for human medicine and promises to greatly facilitate the techniques of assisted reproduction. In fact, selecting the best sperm is essential for optimizing the processes. Like many other things, however, it could also find an application in the veterinary field.