Postponing pregnancy increases the risks for the heart 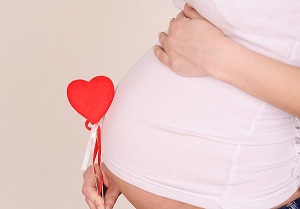 Postponing pregnancy could increase the risk of cardiovascular disorders in women and children. This is revealed by a study by researchers at the University of Alberta, in Canada. According to Canadian scholars, the risk would be high especially for boys.

There are many studies concerning the risks of pregnancy after age 35. Some of these have highlighted problems related to a lower blood supply to the placenta, linked to a reduction of vascular functions. These same problems could endanger the cardiovascular health of both the mother and the child.

The researchers analyzed some groups of very adult guinea pigs, dividing them in: "first gestation"; "Postpartum"; "miscarriage". The guinea pigs in the last group had less dilated blood vessels than those in the other two groups. In some cases, the condition had also affected their heart health. In addition, the "postpartum" group showed a reduction in the dilation of the intestinal arteries. The phenomenon could explain why aspiring older mothers run greater risks of miscarriage and cardiovascular problems.

The study also revealed specific differences based on the sex of the young. The males showed a greater percentage of cardiovascular problems, many related to a low flow of blood. The females, on the other hand, did not show the same probability of risk. Given the increase in the average age for the first gestation, the discoveries have an important weight.

According to the researchers, the study could have repercussions on the way in which late pregnancies are addressed.