IVF: why can a single embryo divide into two or three? 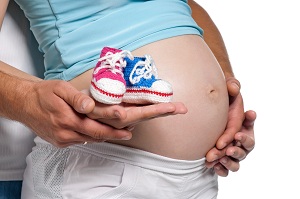 It is now only a matter of years to transfer one embryo at a time during in vitro fertilization. This significantly reduces the risk of multiple pregnancies. Nevertheless, it is not avoided in its entirety. It sometimes happens that a single embryo gives rise to a twin or even plurigemellar pregnancy. How is it possible? A study led by Dr. Keiji Kuroda, published on Human Reproduction, speaks of this.

The rate of twin pregnancies after a single implant is 1.6%. Approximately 1.36% of gestations are linked to a process called zygotic meiosis. The study examines 937,848 cycles of in vitro fertilization with implantation of a single embryo. The researchers looked for all the factors that could be related to the phenomenon, both in the mother and in the process. From what has emerged, the "assisted hatching" technique could be one of the possible causes of embryo division.

The meiosis of the zygote occurs between the second and the sixth day after fertilization of the oocyte. In this phase, the zygote is divided into many cells called blastomere, which will form the embryo. It happens that the zygote breaks in two and that each part forms an independent zygote, from which an embryo will develop. Sometimes, the zygote breaks even into three. The embryos all have the same genetic heritage, they are therefore monozygotic or identical twins.

It can be difficult to understand which multiple pregnancies are the result of meiosis of the zygotic and which of other factors. In some cases, a sexual act during the IVF cycle can translate into a double pregnancy. One caused by in vitro fertilization and the other natural. The only sure way is to use ultrasound to see if there are more gestational bags and how many fetuses are. If the fetuses are more than the gestational bags, then the multiple pregnancy is caused by the meiosis of the zygotic.