From 2000 to today, the Caesarean sections have doubled 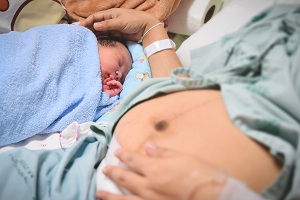 Only 10-15% of the parts require the use of a caesarean section. Yet, a study by Aga Khan University shows how the caesarean sections in the world have doubled since 2000. A worrying trend, given that the procedure involves a number of risks for both the mother and the child. If there are no alternatives, these risks are acceptable. But when mother and child have no problems, there is no reason to subject them to what remains a surgical procedure.

Dr. Marleen Temmerman, the lead author of the study, is worried. Between 2000 and 2015, the number of caesarean sections grew by 4%, or 30 million new births compared to 16 million in 2000. The increase in caesarean sections is concentrated in the richest countries, usually for non-medical purposes . At the top of the ranking is South-Asia, where the use of the procedure has increased by 6%. However, Western countries are not less.

Caesarean delivery should only be used in case of medical emergencies such as unexplained bleeding, high blood pressure, a child in an abnormal position. Instead, in the last few years cesarean is used to reduce the uncertain timing of childbirth and to avoid pains. This also explains why the increase is concentrated above all in first world countries, where the procedure is available and accessible to everyone.

If 6 out of 10 nations practice too many Caesarean sections, 1 in 4 will practice too few. The scarce accessibility of the procedure puts many lives of mothers and children at risk. For this reason, caesareans should be made more available in some countries and risk awareness in others.