IVF: will we be able to select the most intelligent embryos? 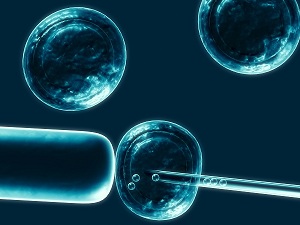 A team of scientists has carried out a genetic test that promises to measure embryo intelligence. In this way it would be possible to exclude those with a very low IQ and to focus on the most intelligent. Is it really possible? For the moment the test has not yet been used, but it is already raising discussions.

Pre-implantation genetic tests are used to identify embryos at risk of genetic diseases. They are used if both parents are healthy carriers of the disease, but also to identify any chromosomal abnormalities. The company is not always easy: some diseases involve hundreds of genes. As the research progresses, however, the list of conditions that can be identified in this way also grows.

The new test would be based on the analysis of multiple DNA regions, so as to measure the probability that the embryo has a low IQ. The analysis is not accurate enough to provide a precise prediction, but promises to identify at least the embryos affected by mental disability. According to some, in the future it could even help to choose the most intelligent embryos. Would it really be possible?

It is still unclear how and to what extent genes influence intelligence: the cultural environment continues to play an essential role. As for the intelligence genes we know, they could also have unexpected effects. For example, some studies suggest a correlation between high academic skills and autism. A possible selection, therefore, could lead to a very intelligent baby but with other types of problems.