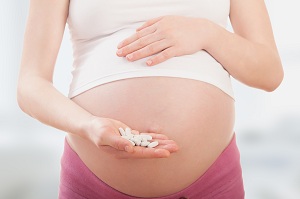 Ondansetron is a medication against nausea prescribed during pregnancy. In 2014, about 22% of pregnant women in the United States took it. Nevertheless, the data on its reliability during pregnancy are very few. The studies were mostly small-scale and with conflicting results. For this reason, researchers at Harvard and Brigham analyzed the consequences of the drug in 88,000 gestations.

The researchers focused on the consequences of taking the drug in the first trimester. They looked for possible consequences for the child's health, such as cardiac malformations and cleft lip. According to the study, the drug would be linked to a null increase in the risk of heart malformations. There would instead be a very slight increase in the risk of cleft lip.

The study has retrospectively reviewed the data of 1.8 million pregnancies, all of which occurred between 2000 and 2013. In about 4.9% of these, the doctor had prescribed ondansetron during the first trimester. The researchers thus compared the incidence of problems in the fetus between the two groups.
Among the children who had not been exposed to the drug, 84.4 out of 10,000 were born with cardiac malformations. Among the children of the second group, however, were 94.4 out of 10,000. For cases of cleft lip we speak instead of 11 cases every 10,000 new born against 14 cases for every 10,000 newborns. From a statistical point of view, there is therefore no substantial difference.
Source: harvard.edu