After the 41st week of gestation, the risks multiply 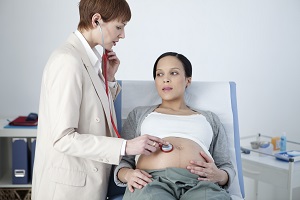 A healthy pregnancy lasts 37 weeks. As everyone knows, too early a term can be dangerous for the child. Even a delayed birth can cause serious problems, though. According to a study by the Queen Mary University of London, every week of extra gestation increases the risk of the child being born dead.

The researchers analyzed data from more than 15 million gestations. Among these, there were some that had ended only at the 41st week of gestation, with almost a month late. The authors compared the outcomes of these parts with those completed and those concluded at 40 weeks.

The comparisons revealed a slight but significant increase in the risk of serious complications. The risk is present but not such as to cause too much alarm to future mothers. Out of 1,449 gestations reached the 41st week, there is one more that ends tragically. This figure is based on comparing pregnancies up to 40 weeks. Moreover, black women are about 2 times more at risk than Caucasian women. In the United Kingdom, there are about 3,000 cases of babies born dead each year. About a third of these were children considered healthy, born from the 37th week of gestation onwards.

A prolonged pregnancy is one of the risk factors, which is why after the 41st week piloted birth is recommended. The researchers also analyzed data from 13 studies conducted in the United Kingdom, Denmark and Norway. From what has emerged, the most significant difference is triggered after the 41st week of gestation. From the 42nd onwards, the chances of the child being born dead increase by 82%.