Drug abuse in pregnancy could cause diabetes 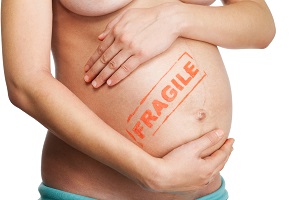 In fact, drug abuse in pregnancy can cause a large number of disorders in the fetus. A study led by Dr. Solomia Korchynska adds another problem to the list. According to researchers, drug abuse during pregnancy would increase the risk of diabetes for the child. The effects would be more evident in newborn females than in males.

The study is based on the observation of human patients and animal models. Researchers have studied how psychostimulants influence pancreatic cell development. The process would be similar to the one that causes brain abnormalities. In the brain, psychostimulants act through dopamine signaling pathways. In the pancreas, however, they rest on serotonin transporters.

Psychostimulants hinder the development of new cells both in the brain and in the pancreas. As a result, the body is unable to produce enough insulin and, over time, this leads to the onset of diabetes. How does it all happen, going more specifically? The researchers found that drugs act on epigenetic regulation; this is why pancreatic cells fail to develop properly.

Tests on animal models show that occasional consumption is enough to cause these effects. It therefore seems clear that drugs in pregnancy do not cause "only" cognitive problems in the fetus. On the contrary, they would influence the development of all organs in ways yet to be explored.