Does low vitamin D in pregnancy cause ADHD? 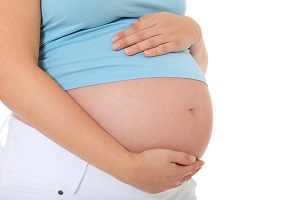 Dr. Minna Sucksdorff and Professor Andre Sourander of the University of Turku studied the effects of vitamin D deficiencies in pregnancy. Thanks to the data of over 2 million pregnancies, they have discovered a correlation between lack of vitamin D and attention deficit (ADHD). In fact, children of women with low levels of this vitamin are more likely to have children with these problems.

The team started with data from the Finnish Maternity Cohort (FMC). The registry includes over 2 million serum samples taken during all three quarters, genotype analysis, relevant prenatal factors. Among the latter, there are also the levels of the different vitamins in the mother's blood.

For the purpose of the study, the scientists focused on around 2000 children born between 1998 and 1999. Of these, 1,067 suffer from attention deficits and the others acted as a control group. Using the above records, the team analyzed maternal vitamin D levels throughout gestation. In particular, he compared them with those recommended in Finland, or 10 micrograms per day throughout the gestation. The final picture proved disheartening.

Despite the recommendations, in Finland many women suffer from vitamin D deficiency. According to the study, this translates into an increased risk of attention deficit disorder for the child. Pregnant women should therefore also pay attention to this vitamin, deficient especially in areas with little sun and in women who work indoors.