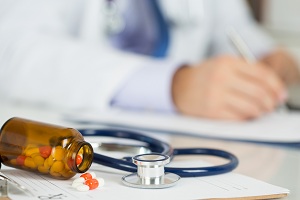 The Italian Medicines Agency (AIFA) has approved nusinersen, the new medication for the treatment of spinal muscular atrophy (SMA). Until now nusinersen was only available in the United States, Japan and a few European states. It had been distributed in Italy only as a compassionate treatment for 130 children with Type 1 SMA.

Clinical trials have shown an increase in the survival rate of children undergoing treatment. Physicians also recorded an improvement in motor functions. The improvements were so obvious that pushing scholars to interrupt the tests before the time. This way it was possible to supply the drug to the control group's children.

AIFA has resorted to an accelerated approval path for nusinersen. The route applies to medicines needed for serious or fatal illnesses, as well as for those that are completely devoid of care. Thanks to this, the medication will be available to all patients with SMA in a very short time. They open doors to a new standard for future therapeutic pathways.

The introduction of nusinersen in the Italian market will make it necessary to invest in the training of new industry players. It will be particularly important to manage presynaptic patients, where the drug may reduce the appearance of the symptoms drastically.