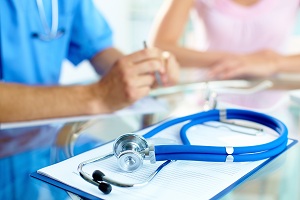 Hay-Wells syndrome or AEC syndrome is a malformative syndrome. It manifests itself mainly in three ways:

In some cases the eyelid abnormalities cause malformations of the lacrimal glands, with consequent ocular problems. Sometimes there are also defects in the inner ear and the fusion of two or more fingers and toes. In the most severe forms, skin erosions occur, with areas completely devoid of epidermis and the exposed subcutaneous tissue. This post to infections and sometimes also to bleeding.

Hay-Wells syndrome is an inherited genetic disease that affects the tp63 or p73l gene. It is an autosomal dominant transmission, so only one copy of the modified gene is enough for the disease to manifest. In many cases, however, the disease manifests itself sporadically, ie without the gene being inherited from the parents.

The diagnosis of the disease is based first of all on clinical observation, followed by genetic testing. If there are cases in the family, prenatal diagnosis can be made. To date, the treatments are only symptomatic and there is no decisive cure.