Neural tube defects: what they are and how they manifest themselves 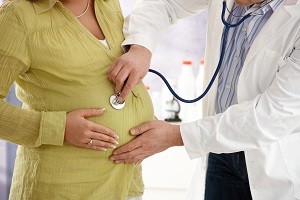 Under the term "neural tube defects" comes a wide range of congenital malformations. All have early appearance, within 28 days of conception. The cause lies in defects of various kinds in the closure of the central nervous system and the structures connected to it.

In Italy, neural tube defects affect about 1 child every 1500 newborns. Neural tube defects can be "open" or "closed", depending on whether there is a deficit or an excess of tissues. The latter are more difficult to identify and often even less serious. However, they cause changes in the urinary system and often difficulty in moving and walking.

The most common form of neural tube defect is spina bifida. It is an "open" defect in which the nerve tissue of the spinal cord and meninges remains uncovered. This causes a series of very serious symptoms, including paralysis of the lower limbs, psychomotor retardation, deformations of the skeleton.
The causes of neural tube defects are both environmental and genetic. The most known and also the easiest risk factor to prevent is the lack of folic acid. Some antiepileptic drugs, diabetes, anemia and exposure to certain toxic substances also contribute. The latter factor is common especially in some developing countries.

Common prenatal screening tests are able to identify some neural tube defects. For example, ultrasound can detect spina bifida as early as the 14th week of gestation. For closed defects, however, they are often identified after birth and sometimes even after months or years. In this case, the diagnosis is made by clinical observation and magnetic resonance.

For the time being there are no definitive therapies for neural tube defects. A technique to correct spina bifida in utero is under development, but it is still being tested. In daily practice, we proceed to repair the lesions and any abnormalities of the urinary system.