Fight against cardiovascular diseases with a 3D map of the genes 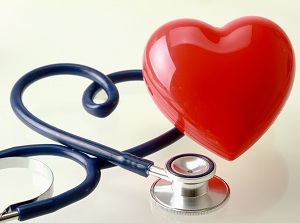 The team of Dr. Lindsey Montefiori has developed a 3D map of the genes that cause cardiovascular disease. The map will facilitate the study of these diseases and the development of new treatments. Inside there are more than 500 genetic variants, all linked to an increased risk of cardiovascular disorders.

Most of the genetic variants are located in non-coding areas, that is, they do not code for a particular protein. This makes it harder to study them because it is unclear what role they play in the appearance and development of a disease. However, it is thought that they influence the other genes, determining their activation and functioning. Often they are very far from the genes that control, but they can influence them thanks to repetitions that modulate the activity.

Recent studies have made it possible to map these genetic variants and link them to the genes they control. The team of Dr. Montefiori has used this technology to create a 3D map of genetic variations related to cardiovascular diseases. The researchers studied more than 10,000 genetic mutations related to genetic diseases. They found that 1,900 of these have a physical link with 347 genes that are decisive for the functioning of cardiac cells.

The researchers examined 3 heart diseases, each of them with their own processes. Later, they studied the interaction between changes in non-coding DNA and other types of cells. They have thus identified a correlation also with apparently unconnected genes, but linked to the regulation of cholesterol.