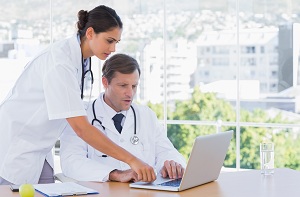 Alpha-1 antitrypsin deficiency is a genetic disorder linked to reduced levels of alpha-1 antitrypsin protein. The protein is synthesized by the liver and serves to inhibit some enzymes that, if present in excess, damage the lung tissues. This compromises respiratory function and causes emphysema to occur.

The severity of the damage and the age of the onset of symptoms may change from subject to subject. It happens that the disease remains silent in people who do not smoke, while it manifests faster in smokers. In some cases, the deficit also affects the liver and causes jaundice. It can even happen in the first days or months of life. However, these infantile manifestations are not always related to those that appear in adulthood.

Alpha-1-antitrypsin deficiency is an autosomal recessive genetic disease. The variant is found in a chromosome 14 gene. In order for the disease to manifest itself, the anomaly from both parents must be inherited. If one of the two parents is affected by the disease or knows that it is a healthy carrier of variants at risk, it is possible to perform a prenatal diagnosis test.

For the time being, therapy for alpha-1-antitrypsin deficiency is mostly symptomatic. Recently, a substitution therapy recommended by doctors has also appeared. This involves the administration of purified human alpha-1-antitrypsin protein. Nonetheless, it is still an experimental therapy and raises some doubts. At the moment there are no rigorous clinical studies that prove its effectiveness.

In patients with severe hepatic impairment, liver transplantation is possible. Following the operation, the disease is treated in a definitive manner.