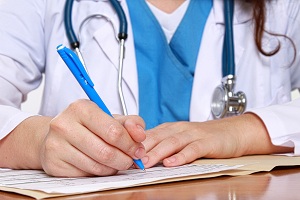 Chronic intestinal atrial dysrhythmia syndrome (CAID) is a rare disease discovered only in 2014 and also called "Viking syndrome". It is caused by a rare genetic mutation and affects both the heart and the intestine. The contractions of the two organs are in fact linked to a single gene, which would be the one affected by the disease.

A team of Canadian researchers has developed a diagnostic test for the disease, based primarily on clinical analyzes. In fact, those who suffer suffer heart and intestinal problems, both of a rather serious entity. Heart problems include slow heartbeat, which forces 50% of patients to implant a pacemaker. Instead, digestive problems manifest themselves with chronic intestinal obstructions, which can only be dealt with by intravenous feeding.

For the time being, no less invasive treatments are available. The disease is indeed rather young. Scientists discovered it by analyzing the DNA of some Canadian patients of French and Scandinavian origins. All patients showed both cardiac and gastrointestinal symptoms, related to a mutation of the SGOL1 gene. Studies in guinea pigs with similar symptoms have confirmed the role of the gene in the development of the disease.

According to the researchers, the mutation of SGOL1 is likely to reduce the protection of certain cells in the intestine and heart. When in health, the gene could in fact have the task of maintaining the rhythm of the heart throughout its life. When the mutation is present, the cells begin to multiply uncontrollably and grow older.